To celebrate the German publication of Pepper-Chronicles, I am planing on a series of making-of posts about this comic here on my blog in the upcoming weeks. Get more info about it here: pepperchronicles.com - considering the English edition, we are still working on that.
Mage Jacop Tucher

The second main-character of our story is Jacop Tucher, student of Acco’s magic academy. Just like Mara, Jacop has always been an alter-ego for me. He sort of appeared in my graphic novel “Xoth!” (a lovecraftian horror-comedy) which I published with Zwerchfell in 2007 – he even had the same name. 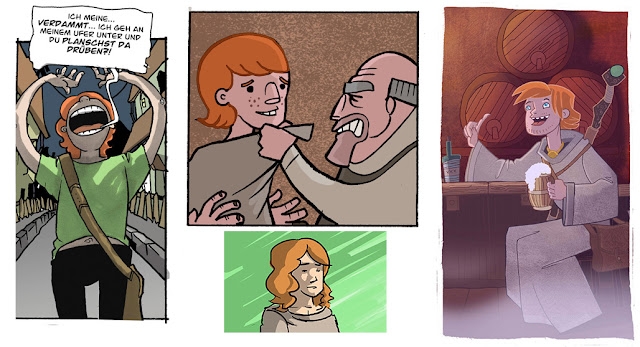 In the same year, I started playing a pen-and-paper Roleplaying game called “The Dark Eye”. In the game, I played a wizard called Jacop Tucher, a red-haired young wizard. The character wasn’t really very good at anything, but he always had a place in the group for his good-hearted humor and slight tendency towards darker shades of morality. I am still playing this character today, still with the same round of friends. I have grown with him for over eight years now.

So it wasn’t a hard decision to use him again for the Pepper-Chronicles. After all, it felt like I knew him already. And he embodies my love for the classic inept, but loveable anti-hero. 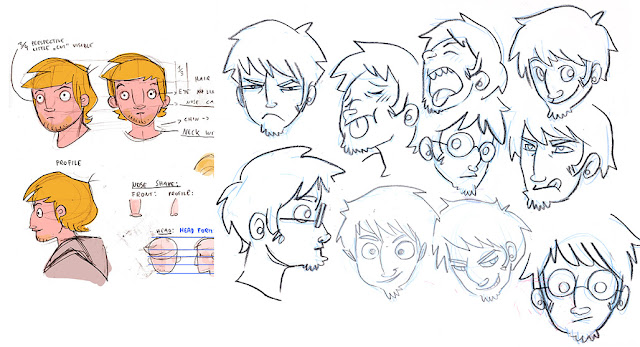 World & Magic & Religion (if you want to be completely surprised by the world, maybe don’t read all of this)

Back when we developed the story, I was drawn towards Western Orientalism in art. I wanted Mara to enter a strange world, just like me coming to New York in 2009, or India in 2003. So I wanted Acco, the main location, to be much bigger, busier and stranger than her hometown Zarg, a little village in which people prayed to unicorns, the ultimate symbol of innocence and purity. In Acco, they treat unicorns like rats. 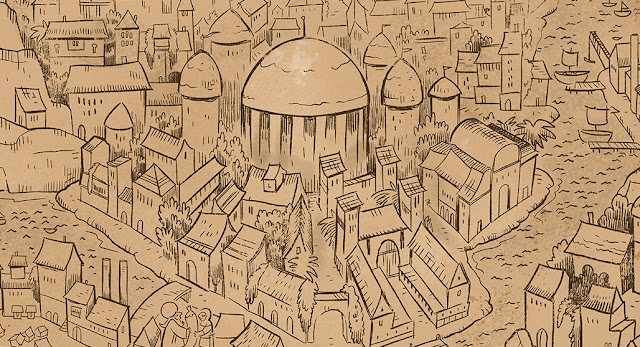 One of my favorite aspects of the world is the magic system. I LOVE magic systems with a little bit internal logic to them. The BEAT and the RHYTHM of all things plays a very important role in religion and magic as well. People pray to the beat of the dragon (his heartbeat) and wizards use their heartbeat to change the rhythm of things. 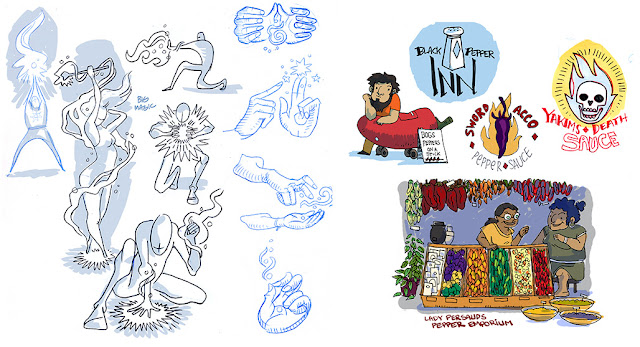 For the main location of our story, Acco, we decided to have the city’s most iconic vegetable also be the source of most of the magic: The Pepper. I loved the thought that the Pepper’s spiciness is a great source of magical energy for wizards, and so they can use the pepper to create powerful spells – in particular various forms of making the pepper explode, sort of like a pepper-spray spell for defense.  Personally, this whole system was very loosely based on the idea of the rules of quantum mechanics, the beat being more or less the energy level & vibration of particles on the most molecular level. 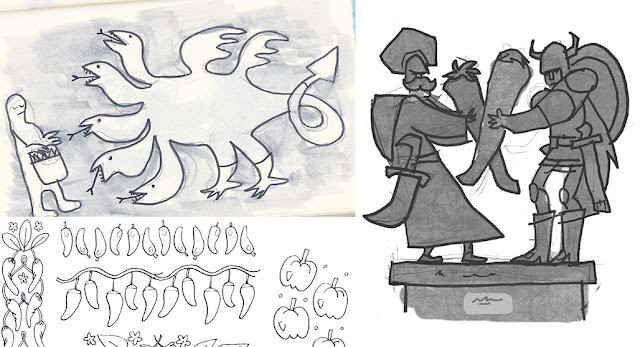 So there it is: Magic & religion is more important in the world of Mara Payne. Hard science is slightly frowned upon, which is why we have a bunch of radical mathematicians form a cult in our story. Enough of the world! Feel free to find out more about it by reading our story!
Posted by queenmob at 1:24 AM